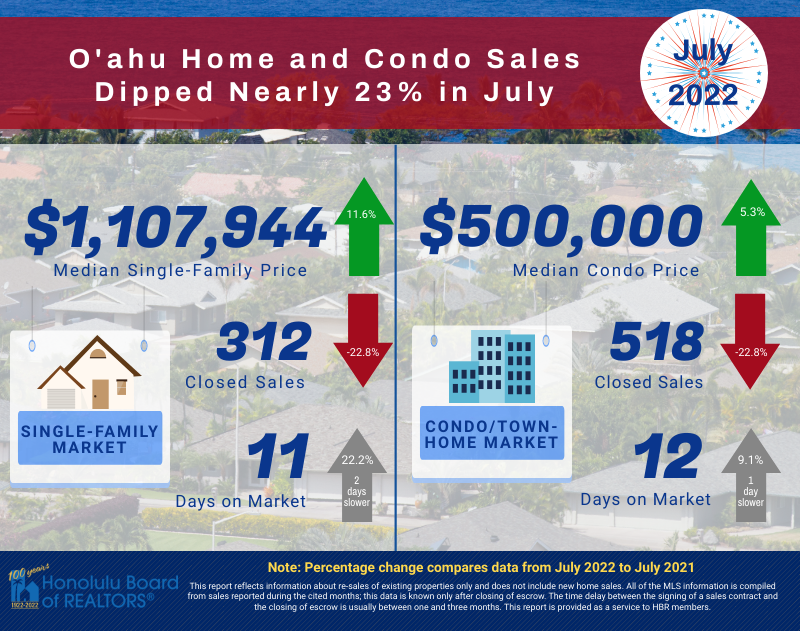 Properties continue to move into contract quickly despite cooling demand.

According to resales figures released by the Honolulu Board of REALTORS®, closed sales in both single-family home and condominium markets declined by 22.8% year-over-year. Sales also slipped from a month ago, down 12.6% for single-family homes and 17.3% for condos.

“Demand continued to cool in July, likely due in part to the rise in interest rates,” said Chad Takesue, president of the Honolulu Board of REALTORS®. “However, properties are still moving into contract quickly with median days on the market at 11 days for single-family homes and 12 days for condos last month, despite the decline in sales.”

Single-family home sales fell across most regions on Oahu, with the largest drop in sales volume occurring in the Ewa Plain, Kaneohe, and Leeward regions. In the condo market, the Metro region accounted for the largest decline in sales volume, ending the month down 26.7% with 285 sales compared to 389 a year ago.